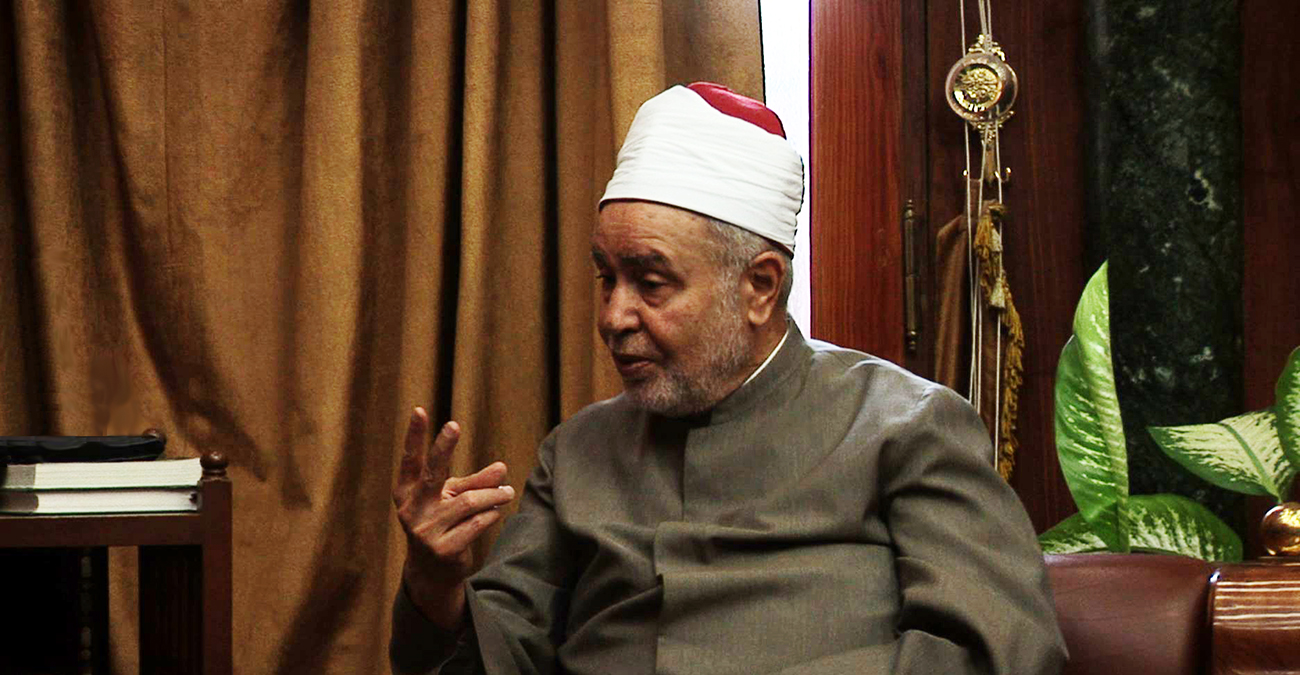 In its original Qur’anic sense, the word shari‘a refers to “the way,” the path to God, and not to formally codified Islamic law, which only emerged in the centuries following Muhammad’s death…. The historical development and use of the term shari‘a to refer to Islamic law often leads those unfamiliar with this history to conflate man-made law with its revelatory inspiration, and to thereby elevate the products of human understanding – which are necessarily conditioned by space and time – to the status of Divine.

Shari‘a properly understood, expresses and embodies perennial values. Islamic law, on the other hand, is the product of ijtihad (interpretation) which depends on circumstances (al-hukm yadur ma‘a al-‘illah wujudan wa ‘adaman) and needs to be continuously reviewed in accordance with ever-changing circumstances, to prevent Islamic law from becoming out of date, rigid and non-correlative – not only with Muslims’ contemporary lives and conditions, but also with the underlying perennial values of shari‘a itself.

Throughout Islamic history, many of the greatest fiqh (Islamic jurisprudence) scholars have also been deeply grounded in the traditions of tassawuf, or Islamic mysticism, and recognized the need to balance the letter with the spirit of the law. The profoundly humanistic and spiritual nature of Sufi Islam facilitated the accommodation of different social and cultural practices as Islam spread from its birthplace in the Arabian Peninsula to the Levant, North Africa, the Sahel and Sub-Saharan Africa, Persia, Central and South Asia, and the East Indies archipelago. By many estimates, a majority of the Muslim population in most of these regions still practice a form of religious piety either directly or indirectly derived from Sufism. And the greatness of traditional Islamic art and architecture – from the wonders of Fes and Grenada, to Istanbul, Isfahan, Samarkand and Agra – bears testimony to the long line of Sufi masters, guilds and individual artists who strove to ennoble matter, so as to transform our man-made environment into “the veritable counterpart of nature, a mosaic of ‘Divine portents’ revealing everywhere the handiwork of man as God’s vice-regent.”

Indeed, the greatness of classical Islamic civilization – which incorporated a humane and cosmopolitan universalism – stemmed largely from the intellectual and spiritual maturity that grew from the amalgamation of Arab, Greek, Jewish, Christian and Persian influences. That is why I wept upon seeing Ibn Rushd’s commentary on the Nicomachian Ethics lovingly preserved and displayed, during a visit some years ago to Fes, Morocco. For if not for Aristotle and his great treatise, I might have become a Muslim fundamentalist myself.

Among the various factors which have contributed to the long decline of Arab and Muslim civilizations in general, and greatly hindered their participation in the development of the modern world, was the triumph of normative religious constraints, which ultimately defeated the classical tradition of Islamic humanism. Absorption of “alien” influences – particularly in the realm of speculative thought, and the creation of individual, rational and independent sciences not constrained by religious scholasticism – was defeated by internal control mechanisms exercised by religious and governmental authorities, thus paralyzing Muslim societies. 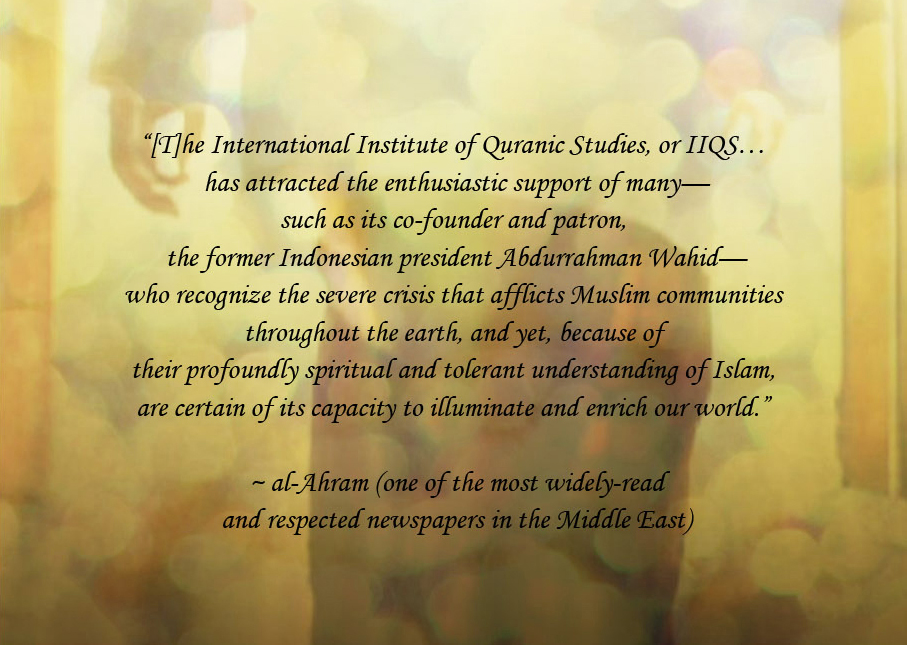 “The shari‘a we know today is the result of ijtihad, or centuries-old human reasoning, and thus time-bound. As a result, a huge project such as creating an Islamic system of governance [as desired by many contemporary Muslims] is extremely difficult, if not impossible, without rethinking the very basis of our ideas about shari‘a.

“Small, narrow minds cannot provide a solution to the problems facing Muslim societies today. We need big, broad minds to understand the fundamental message of the Qur’an as rahmatan lil ‘alamin—a source of love and compassion for all humanity—and how to bring this message down to earth.”

The International Institute of Qur’anic Studies seeks to facilitate an intellectual, cultural, social, political, legal and spiritual transformation of the Muslim world, by meticulously researching—and systematically disseminating—the pre-dogmatic original message of Islam as a true blessing for all creation, in which reason and faith in Holy Scriptures (‘aql and naql) peacefully coexist in a state of Divine Illumination (‘irfan and/or ishraq).

Its Arabic name (Al-Ma‘had al-Dawali lil-Dirasaat al-Qur’aniyya) means “The International Center for Mutual Support and Faithful Commitment to Qur’anic Studies.” Its Arabic acronym, MDQ, is pronounced “medaq” and signifies a trail through the desert.

The IIQS endeavors to provide a secure path for humanity to traverse the desert of spiritual ignorance (jahiliyya) and attain a self-transcendent state of awareness in which the individual ego poses no barrier to apprehension of, and surrender to, God’s will. This state of divine illumination (tanwir), characterized by the abandonment of selfish calculation (isqat al-tadbir), is more commonly known as islam.

The mission of the IIQS is to:

“In my opinion, we should restore the (falsely divinized) human understanding of the Qur’an to its proper, limited context” 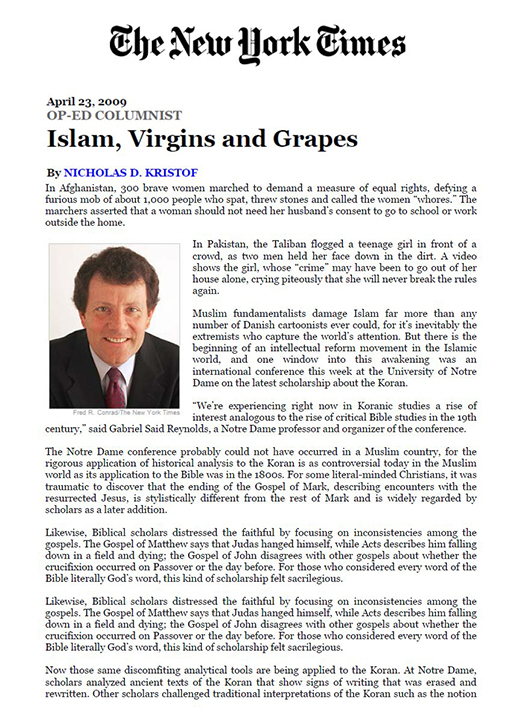 "Muslim fundamentalists damage Islam far more than any number of Danish cartoonists ever could, for it’s inevitably the extremists who capture the world’s attention. But there is the beginning of an intellectual reform movement in the Islamic world, and one window into this awakening was an international conference this week at the University of Notre Dame on the latest scholarship about the Koran...

"One of the scholars at the Notre Dame conference whom I particularly admire is Nasr Hamid Abu Zayd, an Egyptian Muslim who argues eloquently that if the Koran is interpreted sensibly in context then it carries a strong message of social justice and women’s rights.

"Dr. Abu Zayd’s own career underscores the challenges that scholars face in the Muslim world. When he declared that keeping slave girls and taxing non-Muslims were contrary to Islam, he infuriated conservative judges. An Egyptian court declared that he couldn’t be a real Muslim and thus divorced him from his wife (who, as a Muslim woman, was not eligible to be married to a non-Muslim). The couple fled to Europe, and Dr. Abu Zayd is helping the LibForAll Foundation, which promotes moderate interpretations throughout the Islamic world...

"If the great intellectual fires are reawakening within Islam, after centuries of torpor, then that will be the best weapon yet against extremism. Read the full article (PDF). 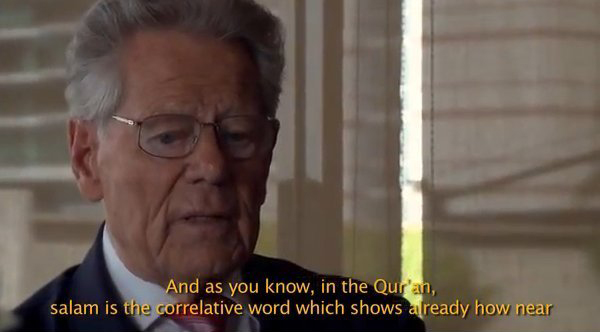 The need to reinterpret scripture 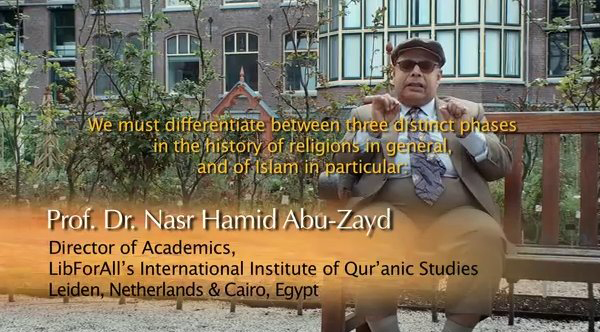 Three phases in the history of religion 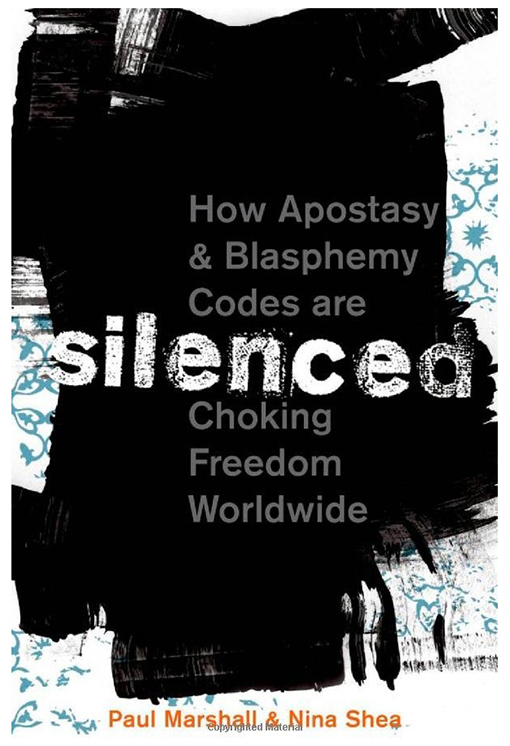 "[C]harges of apostasy and blasphemy are key weapons in the fundamentalists’ arsenal, strategically employed to prevent reform of Muslim societies, and instead confine the world’s Muslim population to a bleak, colorless prison of socio-cultural and political conformity. There is little hope of escape from this imprisonment, as long as fundamentalists – and the opportunistic and/or authoritarian regimes that compete with them in a chase to the lowest common denominator of Islam – continue to serve as prison guards and wardens.

"Laws penalizing blasphemy and apostasy exist in most Muslim-majority countries throughout the world, and act as a severe constraint upon the use of reason to explore and understand the contemporary significance of the Qur’an’s profound message. By forcefully silencing critical inquiry, such laws play directly into the hands of Islamic radicals, who seek to unify and politicize Muslim societies not only against the West, but against the very concept and principles of modern life, such as freedom, justice, human rights and the dignity of man, which are themselves inseparable from the right to freedom of conscience and expression. Perhaps the greatest irony is that these core principles – which lie at the heart of any just and humane society – are deeply embedded in the message of the Qur’an itself, and yet ignored by Islam’s most fervent, and violent, 'defenders.'” Read the entire chapter (PDF). 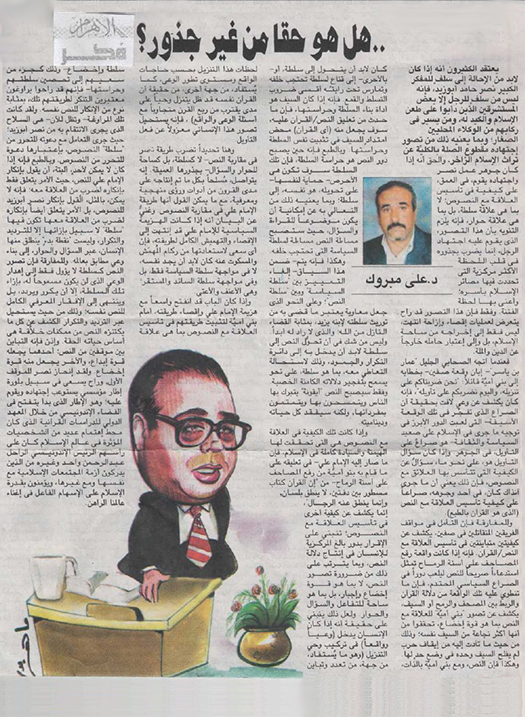 “The Classical Roots of Abu-Zayd’s Thought”

“Rather than acknowledge and respond to Nasr’s argument, his opponents have incorrectly treated his work as a call for Muslims to reject the Qur’an itself – a false and scurrilous claim, which could not be further from the truth.

“Nasr did not reject the Qur’an, but merely a specific kind of human relationship with the text, which subjugates and enslaves the human mind. If we present two alternative visions of the Qur’an – the first, as an arena for humans to interact with the Divine text, derive new interpretations, and innovate; and the second, in which a highly politicized understanding of the text is posited as an unquestionable authority, to which not only the human mind, but every aspect of life on earth, must be subject – Nasr clearly adopted and embraced the first.

"Further, he sought to establish an institutional framework to revive a profoundly humane and spiritual, as opposed to authoritarian, approach to Islam’s sacred texts: i.e., the International Institute of Quranic Studies, or IIQS.” Read the full article (PDF).

by A. Mustofa Bisri and C. Holland Taylor

"Men and women who embody the exemplary values of our ancient culture, including its profoundly spiritual view of religion, constitute what may be Indonesia’s most geopolitically significant - and certainly its most unique - strategic asset... In the words of Wahid, Indonesia can help 'restore honor and respect to Islam, which the extremists have desecrated,' and 'restore the majesty of Islamic teachings as rahmatan lil ‘alamin [a source of universal love and compassion], which represents a vital key to building a peaceful world.’” Read the full article (PDF). 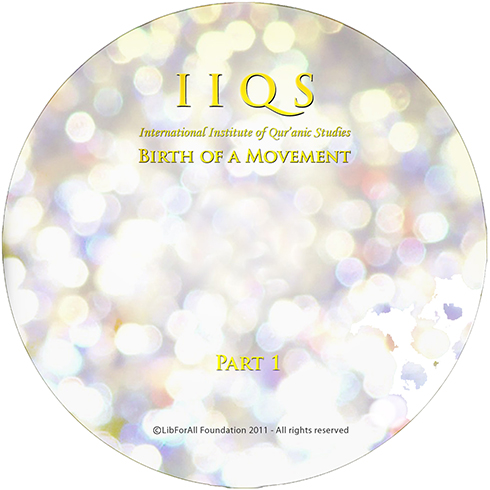 IIQS: Birth of a Movement:

opening credits and Scene One, "The Vision"

"The goal of the International Institute of Qur’anic Studies is to help stimulate a renaissance of Islamic pluralism, tolerance and critical thinking—enabling Muslims to embrace the universal and cosmopolitan principles that characterized Islamic civilization at its height, while adapting peacefully to the modern world."